The classic song C.R.E.A.M. was released a single from Wu-Tang Clan’s edbut album, Enter the Wu-Tang (36 Chambers) in 1993. The song is transformed into a NEW ERA 59Fifty fitted cap in solid Black. The song’s title appears on the front panels in the same font that appears on US currency. A Wu-Tang symbol appears on the back in White stitching. The song’s chorus. “Cash Rules Everything Around Me, CREAM! Get the Money. Dollar, dollar bill ya’ll!” appears on the wearer’s left side. This cap is offered in a size range of 7 to 8 for ¥5,500 online at www.onspotz.com 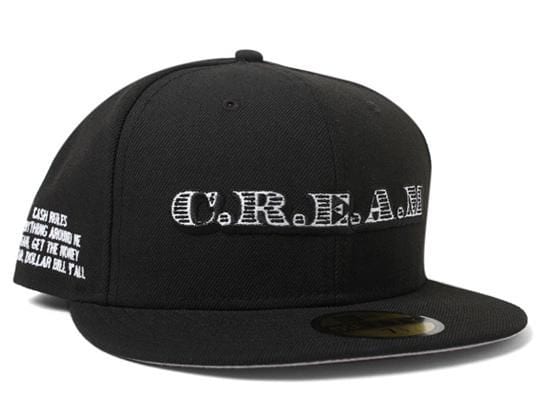