In 1957, the Milwaukee Brave stood amongst giants as they were the only team aside from the Yankees, Dodgers, or Giants to win a World Series title in the 1950s. Here is a Hat Club Exclusive to commemorate their achievement, the Milwaukee Braves 1957 World Series Patch Navy Red 59Fifty Fitted Hat. The button of the dome is in red, while the panels are eyelets are in navy blue. The front design is a white embroidery of the letter “M” to represent the Braves. Placed on the left panel is the official patch for the 1957 MLB World Series. The visor has a red upperbill and green underbill. Get yours here. 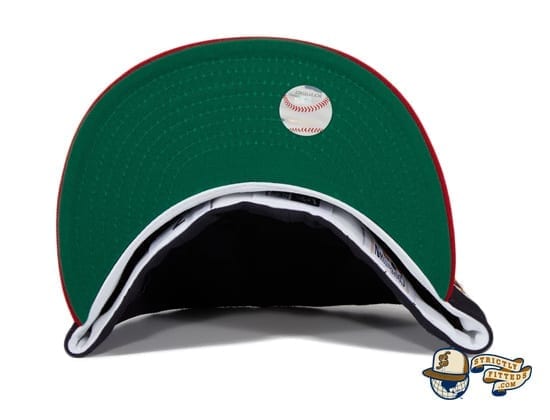 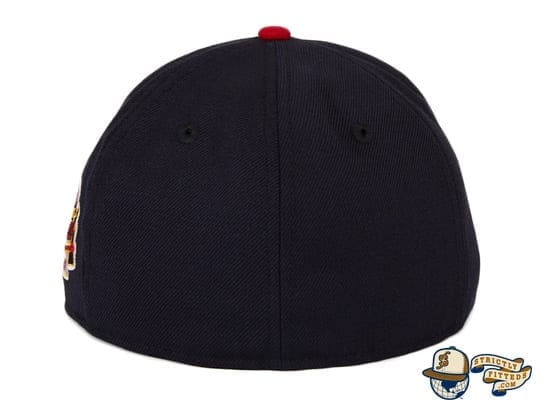 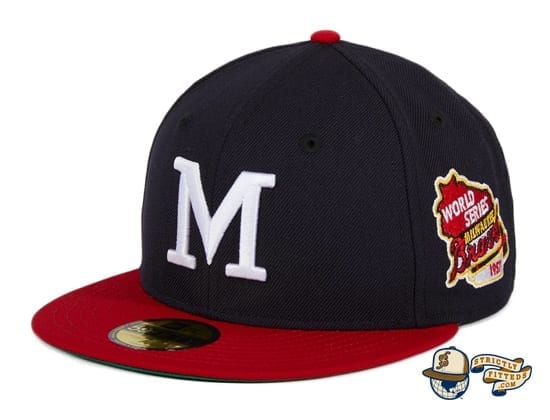