Holland-based hat designer Dionic goes for a more old school take in bringing back one of their icons. Check out the Amsterdam Squabs Black Green UV 59Fifty Fitted Hat. The dome of this cap has black for the panels and eyelets, topped by a red button. For the front embroidery, they wrote the team name “Amsterdam Squabs” in two lines, and between them placed an artwork of the Squabs team mascot with a feather on its beak. The visor has a black upperbill and green underbill. Embroidered on the left panel is the New Era Flag, while at the back is the Dionic logo. Available on Tuesday, November 17 exclusively at the Hat Club webstore. 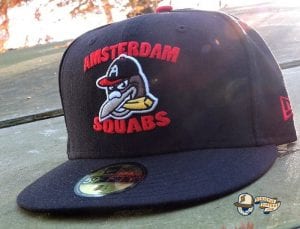 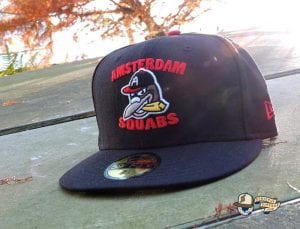