The NBA Finals is getting near, as only four teams remain in the Playoffs. Just Sports shows some for one of the teams in the Eastern Conference Finals with the Boston Celtics Hardwood Classics 20th Anniversary Fitted Hat. They used black fabric for the panels and uppervisor and topped them with a green button. The Celtics front logo embroidery is rendered in green and yellow. The undervisor is in yellow to match the front design. On the right panel is the Boston Celtics 20th Anniversary logo, and on the left panel is the Mitchell and Ness logo. Embroidered at the back is the NBA Hardwood Classics logo. Get yours here. 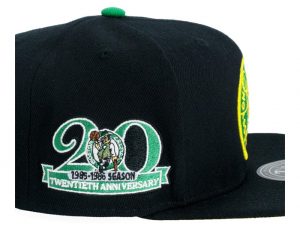 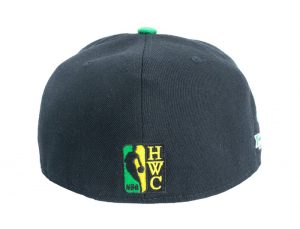 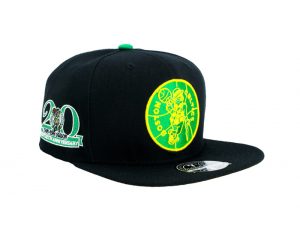