Cap Collector’s Creed by John B

Consumate cap enthusiast John B aka (Interstate19 on Twitter) has written his personal manifesto on his blog,  FUTILITY LIVES HERE.  With over 400 baseball caps in his prized collection (99% fitted) he has a unique perspecitve on the passion and pride behind the hobby. It is a great read and we thought it ought to be shared with our fellow fitted fiends. Here in his own words are some gems to take hold on to.

I started collecting caps approximately 20 years ago. I actually acquired my first cap in 1989, but as far as thinking I had a burgeoning hobby, that didn’t come until a few years later. I had my fitted New Era California Angels cap and a few other non-fitted caps made by who knows who. Didn’t matter, I just liked to wear a hat once in a while just like my father did. I remember I had a few adjustable Sports Specialties caps, as well as an adjustable Snapple Beverages cap I got from a beer vendor when I worked grocery in 1992.  I still have that one.

That next year two significant events occurred in sports to up the ante, so to speak: Major League Baseball expanded by two teams, and I became a hockey fan. In March of 1993 I headed out to my local sports apparel store and picked up the fitted New Era caps of the newest members of the National League, the Colorado Rockies and Florida Marlins. I had decided that I was going to root for the Rockies (I have family in the vicinity) and the all-teal Marlins cap just looked cool to me. So my fitted collection was at 3. That same year I “discovered” hockey and developed an affinity for the Ottawa Senators. I started collecting any cap of theirs I could find. This was pre-internet, so it was literally anywhere I went if I saw a Senators cap, I grabbed it. I even mail ordered a promotional cap offered on the back of a Frosted Flakes cereal box. (yes, like stuck the UPC barcode in an envelope and mailed it)

Along with a spattering of other caps I had, by 1995 I had quite the stable of sports caps. I added a Seattle Seahawks New Era fitted around that time, as well as a few minor league baseball caps. I kept my caps hung on push pins on my wall. It wasn’t much, and I wasn’t trying to impress anyone. But it was my collection and it made me happy.

And that was all that mattered.

By 1996 I started receiving StarStruck catalogs (minor league cap bible) and I was ordering a few caps not out of team loyalty, but because they just looked cool. It started getting out of control, and by 1997, when I moved into my first apartment, I was storing them stacked on the kitchen cabinets. (it actually looked cool) People would visit me and say “damn, you have a lot of caps” and it was probably 25-30. Again, I wasn’t trying to impress anyone. It was my collection and it made me happy.

That’s all that mattered.

I’ll stop there, but the reason I bring up this little history lesson is because within the past month or so I’ve been giving some thought to cap collecting and what exactly makes a collection. People have seen my collection and I’ve gotten numerous compliments as well as a generous helping of criticism for various reasons. Since I opened up my collection to social media I’ve met a number of people, some of whom I consider more friends now than acquaintances, who collect caps just as enthusiastically as I do. There’s Matt from New Jersey, whose blog about his cap collection really inspired me to open up and realize I’m not alone. There’s Angel from Las Vegas, who to date has the single most impressive collection I’ve ever seen. Well over 1100 unique New Era caps, significantly more than I have, all meticulously shelved and organized. He was actually the subject of a New Era video that they featured on their website in 2012. There’s Ben from Oregon, who is obsessive about having as many caps as possible representing every major league baseball team. His caps are mounted on his wall alphabetized in columns. He has a few hundred, fewer than I have (for now), but the depth of knowledge he has on his caps is beyond admirable, it is downright jealously-inducing. I have other people I know who are just as passionate about their collections who have as few as 10 caps. I love interacting with these people because it’s awesome knowing that I’m not alone in my devotion to the fitted.

The lot of us, and I’m sure there are dozens more like us, are kind of this cool little non-exclusive club. When someone posts a picture of their collection, even if it’s just six hats sitting on a dresser, I never think “damn, son, you got a long way to go before you’re in my league.” I don’t, because I was that person at one time. I was excited about my 10 caps hung on push pins on the wall in my room.

There’s sort of an unwritten cap collector’s creed that says it’s not the size of the collection, but the size of the passion a person has for their collection. Any jackass can hit up their local cap retailer or order caps from a website and have a large collection, but it’s not a competition. It’s not about who has the most. I have infinitely more respect for the person who has 6 caps that they really really love and can’t stop talking about the story behind each of those caps as well as which caps they plan on getting next, as opposed to the person who just boasts that they have a lot of caps and wants to be noticed for that fact. Much like these other people I mentioned earlier, we busted our asses to get our collection to get it where it is, whether it’s 8 or 800. We’re proud of what we have, and there’s a kind of unspoken admiration we all have for each other. I try and help out if someone is looking for a certain cap, and I’ve had people do the same for me. We are a community. We stick together. That’s just how it works.

To us who collect for the love of what we collect, that’s all that matters. 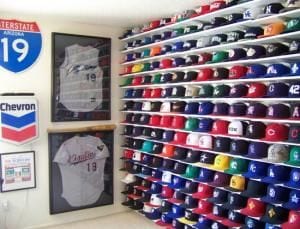 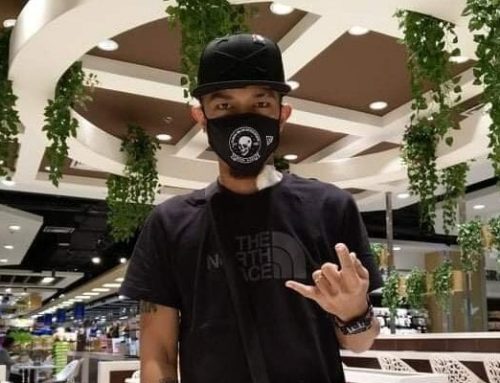