Hat Club has a fresh new batch of customized ballcaps for baseball fans, the MLB Patch Customs September 17 59Fifty Fitted Hat Collection. Four teams are included in this drop. Up first is the Arizona Diamondback with their black 2001 World Series cap. It is made extra special by a teal undervisor. Up next is the Los Angeles Dodgers 1988 World Series hat in red. Closing out this pack is a pair of Battle of the Bay hats from San Francisco Giants and Oakland Athletics. Both hats are in maroon, with kelly green undervisor for that retro vibe. Available at the Hat Club webstore starting today, September 17. 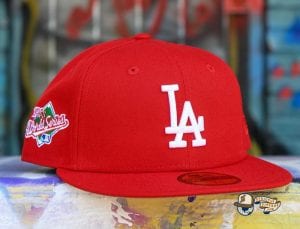 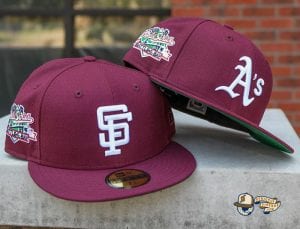 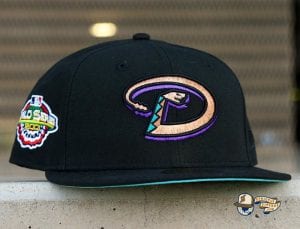