It’s a pair of new colorways over at Leaders 1354 as they take inspiration from the history of Chicago as a big sports town with the L-Wing Championship Pack 59Fifty Fitted Hat. The 3D front embroidery features the brand’s L-Wing logo. Both colorways have a pinstripe dome. The black one has black/white panels, and grey for the button & uppervisor. The white variation has white/navy blue panels and navy blue for the button & uppervisor. They then used kelly green for the undervisor of both colorways. The right panel bears the Leaders 1354 20th Anniversary patch, while the left panel has the New Era Flag. At the back is the 1354 text logo. Available now at the Leaders 1354 online shop. 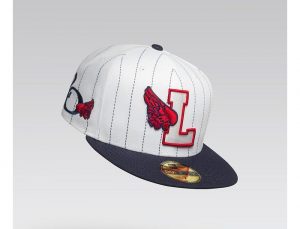 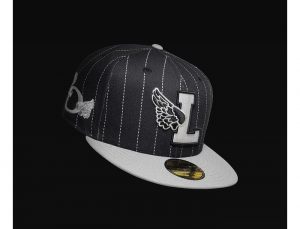