Noble North goes for a new colorway for one of the new hat designs that they debuted early this year. This Fall, top your outfit with the Lake Paddles Stone Cardinal 59Fifty Fitted Cap. The dome has stone brown for the panels and eyelets, topped by a cardinal button. The front design features Noble North’s Lake Paddles logo in full embroidery. The bill has cardinal for the uppervisor and teal for the undervisor. Embroidered on the left panel is the New Era Flag, and at the back is a Noble North wordmark logo. Releasing today, September 23 at the Noble North webstore. 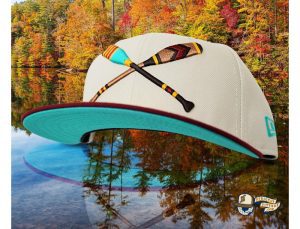 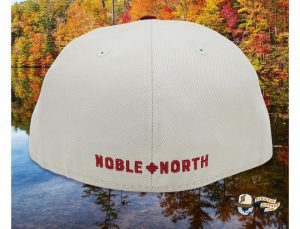