Dionic evolves one of their characters for their latest Hat Club Exclusive release. Venture into new grounds while wearing the Landwalker Octo Green Woodland Camo 59Fifty Fitted Hat. The dome of this cap is all green. The front design looks like the OctoSlugger’s brother, but for the Landwalker Octo, it uses six of its tentacles for walking while the other two tentacles look ready for some mischief. The bill has a woodland camouflage fabric uppervisor and black undervisor. Embroidered on the left panel is the New Era Flag, while at the back is the Dionic logo. Available today, January 26 exclusively at the Hat Club webstore. 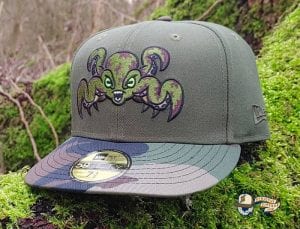 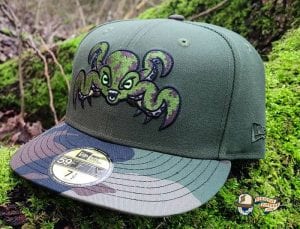