Sneaker Town goes for a pair of exclusive baseball cap designs to shore up their headwear offering. Show some love for LA with the Los Angeles Dodgers Anniversary Blue Pink 59Fifty Fitted Hat Collection. Up first is the Dodgers hat in its customary royal blue color, with the front embroidery of the Dodgers logo in white and mint blue and the Dodgers 60th Anniversary side patch on the right panel. The Dodgers 40th Anniversary hat comes in pink for the dome and uppervisor, with the undervisor in seafoam green. Its front logo is embroidered in white and the commemorative side patch is in full-color embroidery. Get yours at the Sneaker Town webstore before stocks run out. 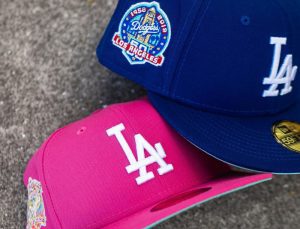 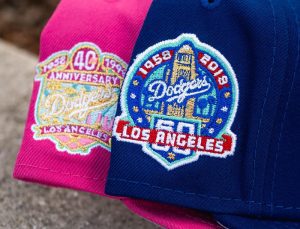 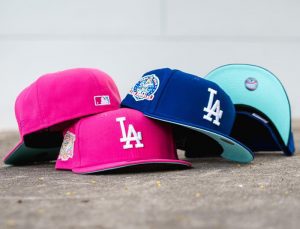