Hat Dreams relive the beginning of the three straight NBA titles won by the LA Lakers during the start of the Millenium with this throwback hat from Mitchell and Ness, the Los Angeles Lakers 2000 NBA Finals Champions Fitted Hat. They used black for the dome and uppervisor, while the undervisor is in the Lakers gold team color. The 3D front embroidery features the LA Lakers logo in black/white/purple/gold. Rendered on the right panel of the dome is the 2000 NBA Finals side patch, and on the left panel is the NBA Hardwood Classics woven patch label. The Mitchell & Ness script logo appears in gold embroidery at the back. Grab one here. 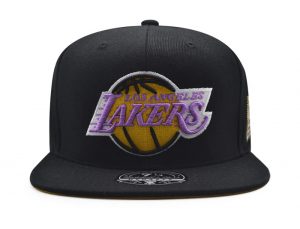 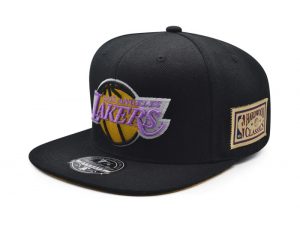 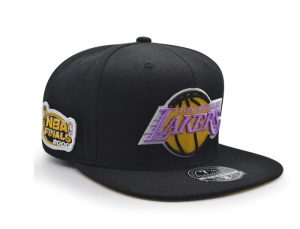 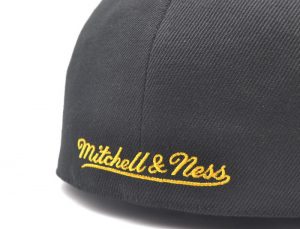