It’s another Hat Club Exclusive drop as they make a new batch of their pink undervisor hats. This time, it’s a quintet with the MLB Pink Bottom December 1 59Fifty Fitted Hat Collection. If you want black, they have the Los Angeles Angels 1971 Logo 50th Anniversary and the Boston Red Sox 2018 World Series hats. The New York Yankees 1977 All-Star Game cap comes in navy blue. For the Chicago Cubs 1990 All-Star Game hat, they used royal blue for the dome and uppervisor. Last but not the least is the green Tampa Bay Rays 20th Anniversary cap. The left panel has the customary New Era Flag, while at the back is the MLB Batterman logo. Available now at the Hat Club Webstore. 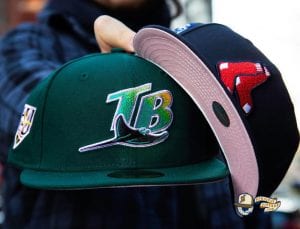 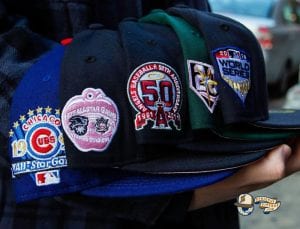 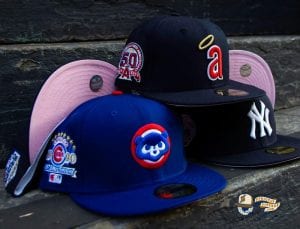