Early Dionic hat alert! The Holland-based designer goes for some nice added details on one of his iconic characters. Here is the Mummy OctoSlugger 59Fifty Fitted Hat. The dome has brown fabric for its panels and button, while the eyelets were made extra special using brown metal. The front design features the Mummy OctoSlugger embroidered in shades of brown and green. The uppervisor of the bill has the same brown color as the dome, while the undervisor is in a lighter brown hue. On the left panel is the New Era Flag, and at the back is the Dionic logo. Available on January 7 at the Dionic webstore. 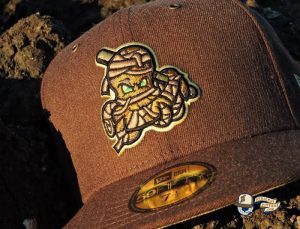 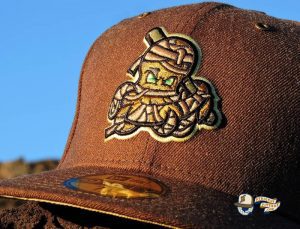