JustFitteds gives you two baseball cap designs in Spring colors with their latest release, the Philadelphia Phillies Double Drop May 2022 59Fifty Fitted Hat. First is a pink cap with the team logo embroidered in neon green and purple and the Phillies 1996 All-Star Game side patch on the left panel. The second headwear offering used sky blue fabric for the dome and uppervisor. Its front embroidery features the Phillies logo in light brown and peach, while the right panel has the 2004 Phillies Inaugural Season commemorative patch. Both caps have the New Era Flag on the left panel and a raised embroidery of the MLB Batterman logo at the back. Available now at the JustFitteds webstore. 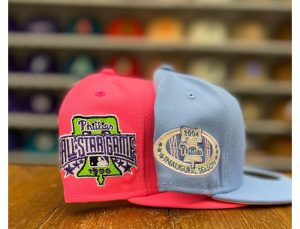 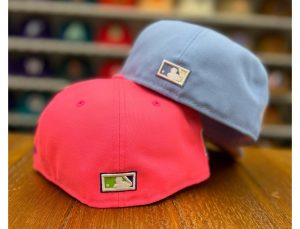 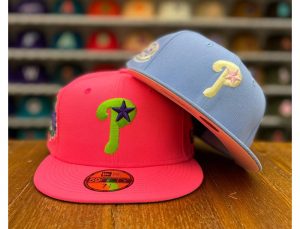 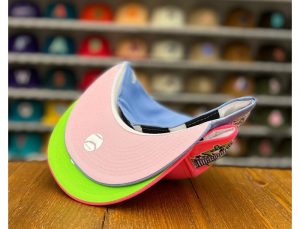