This year, Toy Story is celebrating the 25th anniversary of the debut movie for the franchise. Unleash the kid in you with the Toy Story 25th Anniversary 59Fifty Fitted Hat Collection. They came up with five fitteds for this drop. Two caps are in royal blue, two are in black, and one in light blue. The front embroideries feature lead characters from the movies: Woody, Buzz, Jessie, Mr. Potato Head, and Rex. Another interesting set of details are the finely-executed color schemes for the undervisor of the bills for these hats, with each fabric in a good match with the corresponding front design. Releasing today, November 20 at the Hat Club webstore. 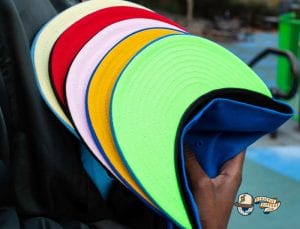 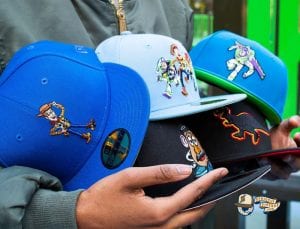