Let’s travel back in time with this new Hat Club Exclusive drop, the Washington Stars Prototype Red Blue 59Fifty Fitted Hat. The Hat Club design team brings to life the Washington Stars logo, which is the planned team name for the transfer of the MLB team San Diego Padres franchise to the nation’s capital. In an unexpected turn of events, the franchise was instead sold to McDonald’s co-founder Ray Kroc, who instead kept the team in San Diego. For the prototype hats, they came up with red/blue and blue/red colorways. The front embroidery features the Washington Stars cap insignia. Embroidered on the left panel is the New Era Flag. Available today, January 20 at the Hat Club webstore. 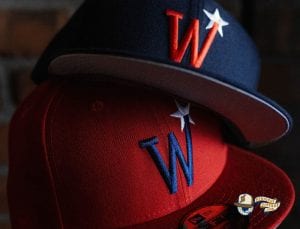 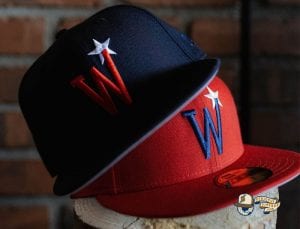